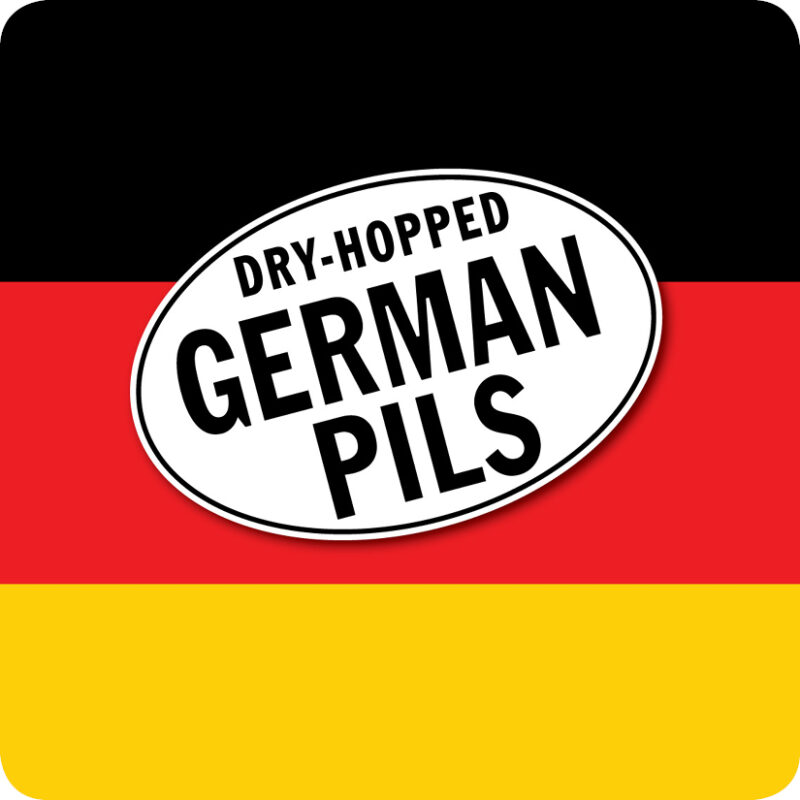 Pilsner originated in the late 1800’s in an area called Bohemia at the time (now part of the Czech Republic). People loved the light, crisp and hoppy lager and brewers in Germany and throughout the rest of the world began copying it. Unfortunately, quality Lager fell out of favor in the late 20th Century in favor of lighter, sweeter and cheaper offerings. This Dry-Hopped German Pils celebrates craft beer’s reclamation of a once dominate style. Cheers! Brewed with love along with Pilsner, Vienna and CaraFoam Malts; Hallertau Magnum and Hallertau Hersbrucker Hops.